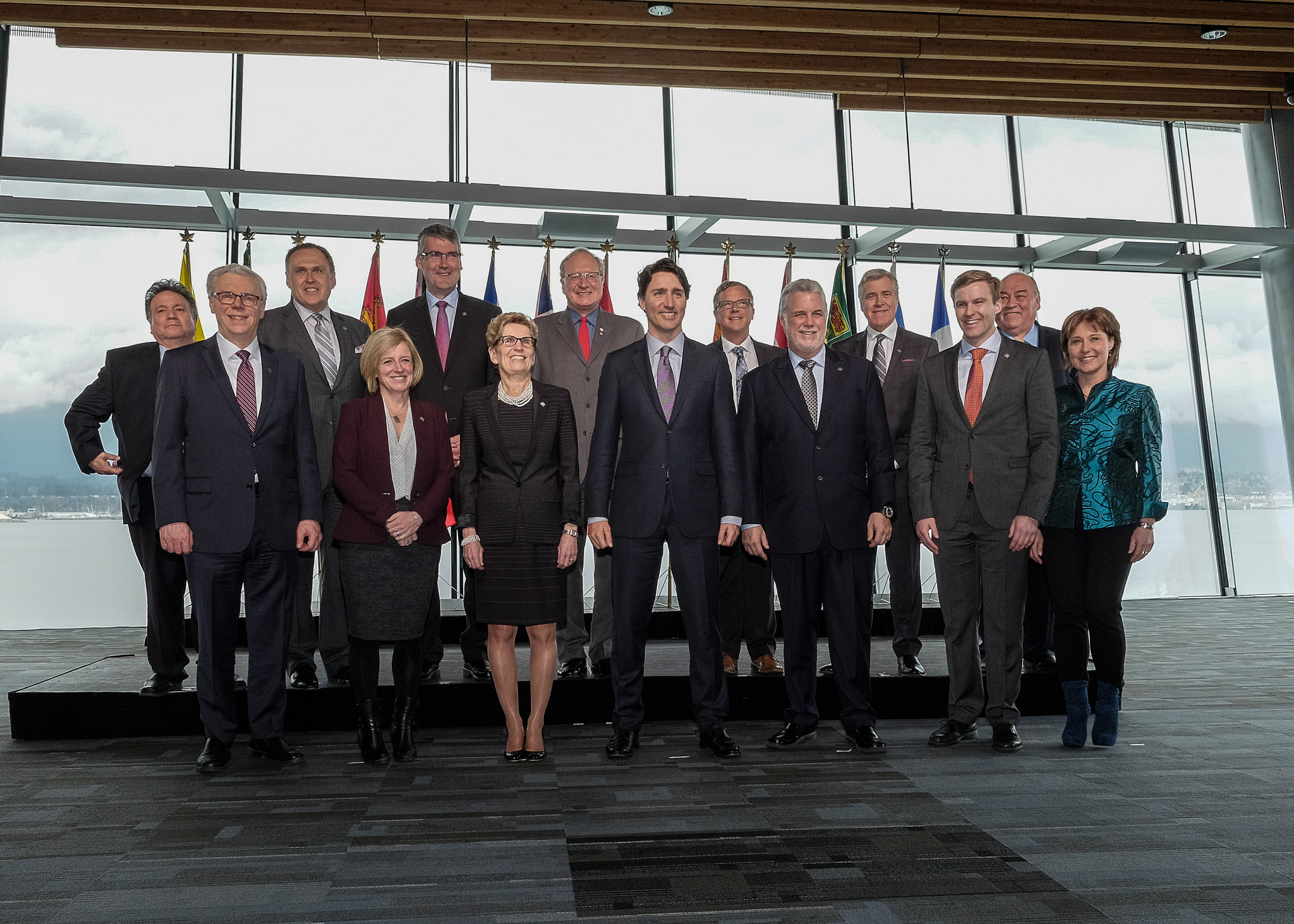 On November 23rd, 2015, Prime Minister Justin Trudeau – still in his political honeymoon – held his inaugural First Ministers meeting. Surrounding the table were various premiers who could easily be described as friendly to the Prime Minister’s agenda. From Ontario Liberal Premier Kathleen Wynne to Québec Liberal Premier Philippe Couillard, and three Liberal Maritime premiers, Trudeau certainly had no shortage of support. Fast forward to 2019, however, and things look quite different for the Prime Minister.

At the most recent First Ministers meeting, held on December 7th of last year, Trudeau was widely outflanked – and to his right at that. Presently, half of ten provincial governments are led by centre-right parties – three of which have been elected within the past eight months. Conversely, only three of ten provincial legislatures are now controlled by Liberal-affiliated parties.

So when did this rightward shift begin, and what do these newly-elected conservative provincial governments stand for? Furthermore, how might this provincial shift affect the upcoming federal election?

From the get-go, the Progressive Conservative government, led by Premier Doug Ford, has been diligently enacting its agenda of fiscal restraint, pro-business policies, and de-regulation. After a decisive victory in June, which removed official party status from the previously governing Liberals, the PCs have moved full speed ahead. Much of the government’s early agenda seemed intent on scrapping various Liberal initiatives: an impending minimum wage hike, a comprehensive set of labour reforms, and the 2015 update to Ontario’s sex-ed curriculum.

With nearly nine months of governing under its belt, the Progressive Conservatives have now moved towards restructuring efforts, aimed at reducing inefficiencies. Of particular note are the upcoming regional review of municipalities, a shakeup of the provincial healthcare system, and an overhaul of autism funding.

The government has not gone without facing bumps along on the way, however. Elected with a 76-member majority, the PCs are currently down three MPPs. Of note is the resignation of Amanda Simard, a francophone MPP who signalled opposition to proposed francophone services cuts. The Ford government has also faced scandal, including over the appointment of Ron Taverner to fill the role of OPP Commissioner.

Regardless, Ford’s government has taken the province in a significantly different direction – to the right. After one and a half decades of Liberal rule, Ontario voters seem to have sought something different with the election of the new government – and that’s certainly what they are getting in Mr. Ford’s government. But will this apparent desire for change translate into Conservative success federally in October? If so, this should worry the federal Liberals – who have long dominated politics in Ontario.

In another decisive election, Ontario’s eastern neighbour elected a majority Coalition Avenir Québec in early October. Ending decades of back-and-forth rule between the federalist Québec Liberal Party and the sovereigntist Parti Québecois, the provincial electorate seems to have turned a corner with the election of the CAQ.

Broadly categorized as centre-right, the CAQ, led by Premier François Legault, espouses an agenda that is neither strictly sovereigntist nor federalist. Most well-known for their policies on state secularism, immigration, and their proposal to raise the legal age of consumption for marijuana to 21 – the CAQ also differs from other centre-right provincial governments in some key ways.

Most significantly, Legault and his government are supportive of carbon pricing – a stark difference from other provincial conservatives. As a result, Legault has also been noticeably absent from public shows of unity against a federal carbon tax, which other premiers have been eager to participate in. Legault also did not hesitate to call out his counterpart in Ontario over the aforementioned proposed cuts to francophone services.

Like Premier Ford, however, Mr. Legault has shaken up politics in his province. But perhaps his overwhelmingly high approval rating shows that a stark change in direction is broadly popular in Québec, more so than Ontario.

November 9th, 2018: New Brunswick back in the hands of the PCs

After a September election ending in a political deadlock, where the New Brunswick PCs won a plurality of seats while the governing Liberals garnered the plurality of votes, Blaine Higgs became premier on November 9th.

The Higgs government has not been much out of the ordinary for a centre-right government – espousing traditionally conservative fiscal policy such as balancing the budget. But Higgs also differs from his counterpart in Ontario, going as far as “promising to work within the existing 10-year education plan brought in by the previous Liberal government,” a widely different approach from Mr. Ford.

New Brunswick, it should be said, is no stranger to centre-right politics, with the PCs governing the province as recently as 2014. But perhaps Higgs’ somewhat unexpected journey to power is the cherry on top of a widely successful 2018 for conservatives across Canada. With Higgs’ victory in mind, the Maritime region will be one to watch in October. If the Liberals fail to reproduce their 2015 sweep of the region, this could mean the difference between a majority and minority government.

October 21st: Federal Liberals to be put to the test

With the likely victory of Jason Kenney’s United Conservatives in Alberta’s upcoming election, provincial politics across the country will have consolidated towards the right. But what does this mean for federal politics and, more specifically, Justin Trudeau’s fate in October?

Whether or not centre-right governments across the country can present a united front against Trudeau’s Liberals remains to be seen. Perhaps small differences in substance and tone between the provincial governments will make this difficult. Alternatively, it might be the case that leader of the federal Conservatives, Andrew Scheer, holds an institutional advantage heading into the fall. As a figurehead of the conservative movement in Canada, Scheer could be able to coordinate with premiers across the country, ensuring that provincial and federal Tory messaging align. Justin Trudeau, on the other hand, will be lacking in provincial allies come October.

Something to consider, however, is the notion that voters typically elect premiers from parties opposite those of the prime minister’s. Looking at the case of Ontario, there may be some merit to this theory. Namely, while voters kept Stephen Harper in power for a near decade, they continued to re-elect Liberal premiers. Consequently, in their first post-Trudeau election, Ontario decisively elected Mr. Ford.

Whether or not October plays out along these lines is yet to be known. To buck this trend, Scheer’s Conservatives certainly have a lot of ground to make up. This being said, if the federal Conservatives are able to consolidate momentum from continued provincial successes, then Canada’s Blue Wave could translate to the federal level.