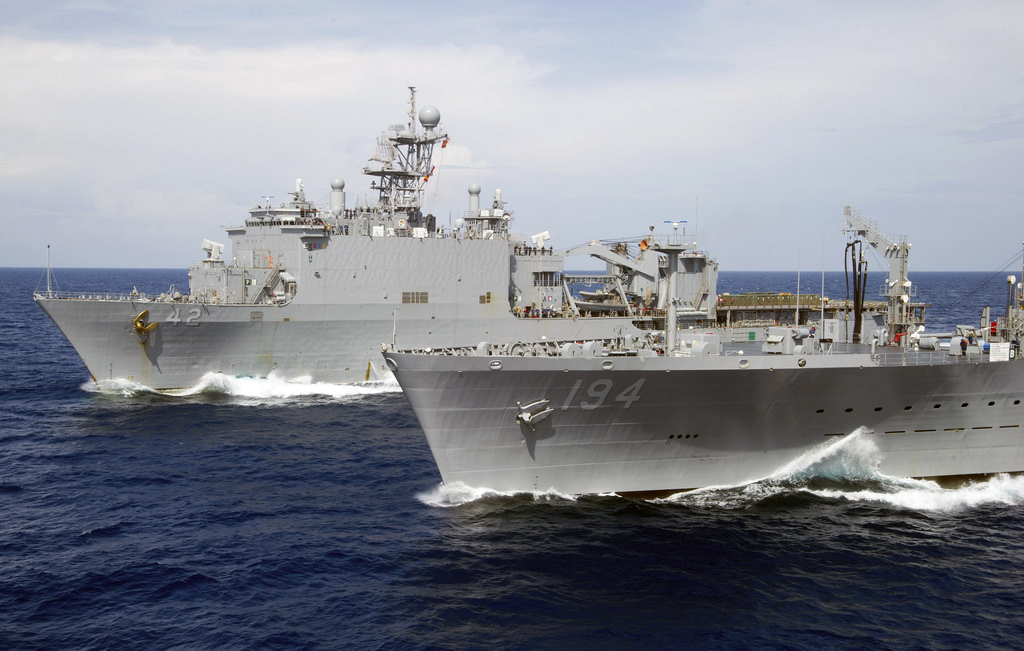 Continuing the Philippines’ recent trend of siding with China in important territorial disputes,  President Rodrigo Duterte is departing from his country’s previous arbitrations against Chinese influence as well as historic ties with allies such as the United States. On Monday, July 21, Duterte claimed that there was no way to prevent Chinese nationals from fishing in the Philippines’ exclusive economic zone of the disputed territory of the South China Sea.

“When Xi [Jinping] says I will fish, who can prevent him?” Duterte asked before a joint session of Congress in Manila, adding that he would not risk losing Filipino marines in a potential clash.

Duterte has faced domestic and international criticism for fostering friendly ties with China despite Beijing’s failure to comply with the 2016 international arbitration that rejected Chinese maritime claims, also known as the nine-dash line, to the major part of the South China Sea. This case was brought forward by the Philippines in response to China’s construction of artificial islands and military airstrips, harvesting of endangered species, and oil exploration in the region.

Many international observers considered the final ruling in favour of the Philippines to be a significant obstacle for China’s pursuit of global power.

Despite the Filipino precedent in challenging China’s attempted dominance in the region, Duterte has courted China as a strategic partner since his election in 2016. One potential reason for this eagerness to cooperate is the economic dividends China has given to economically weaker countries in Asia and beyond in its attempts to become a global superpower. In a 2017 statement to the Association of Southeast Asian (ASEAN) leaders, Duterte said, “Today, China is the number one economic powerhouse, and we have to be friends.”

This friendship has the capacity to benefit both Duterte and Chinese President Xi Jinping, who promised Manila US$24 billion in investment, credit, and loan pledges in 2016, bringing speculation that Duterte was exchanging geopolitical concessions in the South China Sea for upgraded infrastructure in his country. However, much of the capital pledged to the Philippines has failed to materialize three years later, and critics warn of unfavourable terms for US $273.3 million in loans that China has provided so far.

Moreover, domestic pressure in the Philippines over these territorial disputes is currently straining the bilateral ties. In a high-profile incident that sparked mass protests in Manila last month, a Chinese vessel rammed into the fishing boat then abandoned the 22 Filipino fishermen as their boat sank. Although the fishermen were fortunately rescued by a Vietnamese vessel, many Filipinos viewed the incident as a dangerous sign of China’s willingness to exert power in the region and the consequence of the lack of an international legal mechanism to enforce the arbitration.

Following the incident, protestors called on their president to take a tougher stance against China’s presence in the waters, including the immediate withdrawal of Chinese vessels from the disputed area.

Disregarding recommendations from Filipino Defense Secretary Delfin Lorenzana to file a “strongly worded diplomatic protest,” Duterte stood by his typical stance on China, suggesting that a push for sovereignty may lead to an armed confrontation that the Philippines was unlikely to win. Encouraging citizens to await an investigation, Duterte downplayed the incident as a “just a collision,” saying, ”Don’t believe stupid politicians. They want the Navy to go there.”

Filipino political scientist Ramon Beleno III, of Ateneo De Davao University, described the president’s response as “calibrated,” noting that the Philippines is not receiving defence assistance from allies like the United States.

Yet many Filipino citizens remained unconvinced by the argument that their country is too militarily weak to take any stance against Beijing. “Nobody wants to have a war with any country. What we demand is justice, and for the rights of Filipino fishers to be respected in our own marine territory,” stated Fernando Hicap, chairman of Pamalakaya, a fishermen’s group.

At a June meeting of Asia-Pacific defence officials, Lorenzana pushed for freedom of navigation in the South China Sea, yet also encouraged all claimants of maritime territory in the region to remain cautious in order to avoid antagonizing China. Speaking out on the issue for the first time, United States Secretary of Defense Patrick Shanahan urged Beijing to follow a “rules-based order” while vowing to remain strongly committed to the Indo-Pacific region, even possibly investing billions of dollars in new technology to secure its stability and improve its defence capabilities.

In spite of the increasingly warm relationship with China (as well as rocky relations in the past after former US President Barack Obama condemned Duterte’s infamous crusade against the drug trade and extrajudicial killings), the US remains the only country with which the Philippines has officially forged a military alliance. Relations seemingly have improved since the Obama administration: disregarding the leader’s human rights violations and friendship with China, President Trump has praised the Duterte administration and claimed that the two presidents have a “great relationship.”

Last week, Manila’s envoy to Washington, Jose Manuel Romualdez, assured reporters that the relationship between the two countries remains “very strong” during a meeting between top diplomats and defence officials last week during their annual strategic meeting. As the crucial Southeast Asian military ally for the US, the spotlight may begin to shine on US relations with the Philippines in light of the trade war between China and the US.

In an era of rising US protectionism and hastening attempts at globalization by China, the Philippines may find itself trapped in its relations with the two countries, as the trade war could have mixed impacts on its economy. According to Socioeconomic Planning Secretary Ernesto Pernia, it could result in a net gain of millions of dollars in exports to the US, mainly electronic goods, if the situation intensifies between the US and China.

However, China has stepped forward into the position of an economic development leader to the Philippines, as well as many other countries with rapidly developing economies, in the absence of the US in the global sphere. The willingness of Filipino officials to essentially turn a blind eye to China’s infringements on global accords in the South China Sea appears necessary for strong relations between the two countries, but seems inevitably threatening to the Philippine’s past solid military bonds with the US.