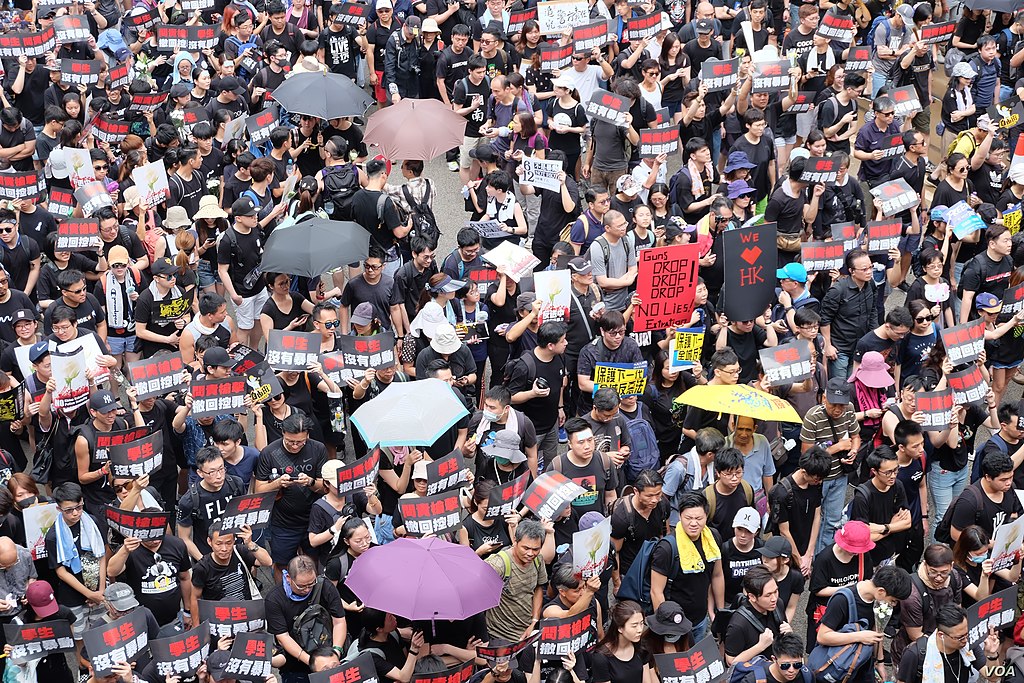 After 1100 arrests and over 235 hospitalized, it appears that the occupation of Hong Kong’s Polytechnic University has wound down, with protestors either willingly surrendering or being captured by surrounding police forces. What began as harmless civil disobedience transformed over the course of three days from November 20th to 22nd, with police forces threatening to use live ammunition in the wake of protestors barricading themselves into Polytechnic University.

While the protests ended in turmoil, it is speculated that the riots grew to such extreme levels because young students, the most active demographic in catalyzing recent Hong Kong protests, feared the repercussions of an aggressive Hong Kong police force.

As the government of Hong Kong has, in the past, prosecuted peaceful protestors with rioting charges that could place them in jail for a lengthy 10 years, it is clear why protestors would respond with an escalation to violence. Essentially, when protestors realized that Hong Kong police would not let them leave without arrest, their response was to do everything in their power to block the police from storming the university, even if that meant escalating to violence.

However, as Thomas, a 20-year-old student, stated, the mission of many protestors in the barricades was not to respond violently. “I just want to leave. I feel very tired. I didn’t throw Molotovs. I was here to support the protest” he levied.

If the Polytechnic University protests have shown us anything, it is that the situation in Hong Kong has escalated in size and severity since they began in June. Beginning as a movement that aimed to block an extradition bill that would tie Hong Kong and Chinese court systems, the protests have shifted to embody larger values of democracy and pushback against mainland China.

The protestors currently have five major demands: universal suffrage in Hong Kong; the release of early protestors in jail; government withdrawal of characterizing early protests as “riots”; the implementation of an independent probe to investigate Hong Kong police violence; and the reversal of the aforementioned extradition bill.

While starting out as wholly peaceful demonstrations, the increasing frustration of Hong Kong protestors has led to violent cataclysm. For example, early in November, protesters slashed a police officer’s throat, and just last week, a man was attacked with lighter fluid and set aflame. Responding to these acts, the Chinese government has decried the Hong Kong protests as an act of terrorism, and has applauded the Hong Kong police force for its aggressive tactics in dealing with the public.

Chief Executive of Hong Kong Carrie Lam responded to such protests by withdrawing the controversial extradition bill that began the protests. However, for Hong Kongers, this act came too late, doing very little to quell the riots we see today.

Besides her concession with the extradition bill, Lam has also responded to protests by urging for violence to stop, arguing that “violence is not going to give us any solution to the problems that Hong Kong is facing. Our joint priority now as a city is to end the violence and to return Hong Kong to normal as soon as possible.”

It is hard to ignore the irony in these statements, given that during the summer, when protests were peaceful, the Hong Kong police force escalated the conflict by utilizing aggressive means such as tear gas and rubber bullets.

The crescendoing brutality of these protests is an indicator that the movement thus far has been largely leaderless. Without a clear figure outlining a strategy to protest, multiple camps of protests had formed, ranging from wholly peaceful protestors to those who believe violence is the only manner to garner tangible results. Some have argued that as the protests have toiled on, public intrigue regarding these extradition bills has decreased as well, which is why protestors have turned to such intense methods to gain recognition.

Additionally, the ability to protest peacefully has decreased significantly, as illustrated by the Hong Kong government’s refusal to hand out event permits required to organize marches and their limiting access to public transportation, which many Hong Kongers utilize to attend peaceful protests. Given these municipal restrictions, it is logical that we see a decrease in peaceful protests.

Chaos in Hong Kong has reached such heights that many fear a resounding impact on the region. As a global financial hub, economists have warned that if such violence continues, major corporations could relocate their branches elsewhere. A financial pullout is projected to negatively impact the Hong Kong stock market which would reverberate throughout the daily lives of those living in Hong Kong. Additionally, as a majority of Hong Kong residents own secondary passports, a vestige of 1997 when Hong Kong was ceded to China, others expect a mass exodus from the region if tensions continue to unravel.

In addition to the potential impact on the region, the Hong Kong protests have sent shockwaves across the globe. In the United States, for example, House and Senate leaders such as Senate Majority Leader Mitch McConnell have publicly urged President Donald Trump to address the issue head-on, arguing that America should stand in solidarity with Hong Kongese autonomy and protestors. Meanwhile, in Canada, the Trudeau government has issued a similar sentiment condemning the repression of peaceful protestors, though no stance has been taken in regard to the rising violence.

But above all, for countries looking onto the turmoil in Hong Kong, the safety of their citizens is of primary concern. In conjecture with this, McGill University spokesperson Cynthia Lee has reported that all 17 students sent to Hong Kong’s Polytechnic University are safe and accounted for. Meanwhile, McGill has also urged its students to return home early due to safety concerns. With little end in sight to such bloody protests, such a request seems to make sense.

Image by Voice of America via Flickr Creative Commons