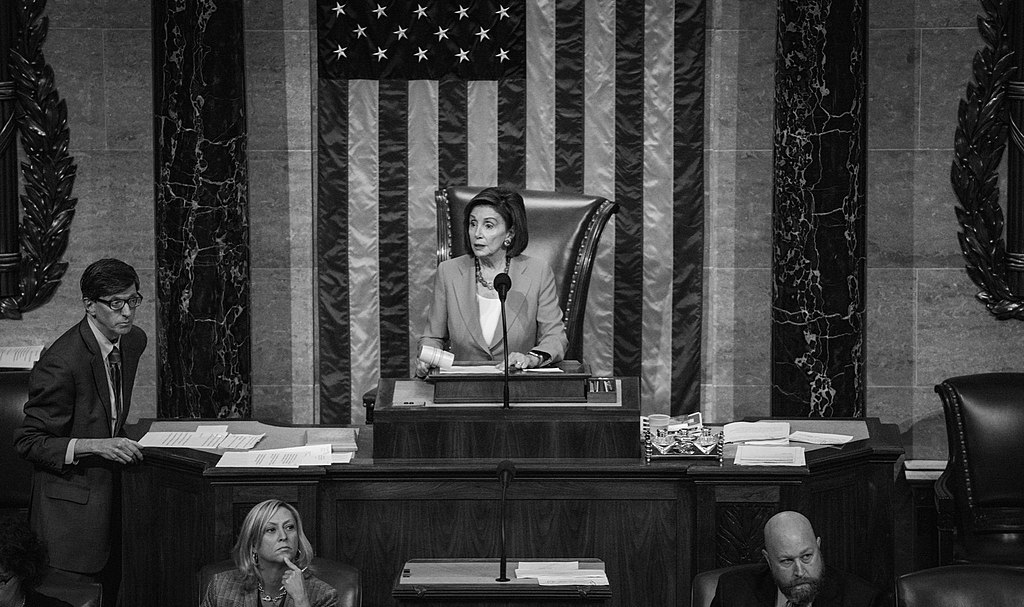 In a vote mostly along party lines, the House of Representatives voted to impeach U.S. President Donald Trump on the basis of high crimes and misdemeanours. Trump was impeached on two articles, abuse of power and obstruction of justice, both of which no Republicans voted in favour. In light of the outcome, Trump upholds his initial claim that he “did nothing wrong.”

Trump is now the third president to be impeached by the House, after Andrew Johnson and Bill Clinton. President Richard Nixon faced impeachment in 1974, but resigned before the House could vote.

Two Democrats, Reps. Jeff Van Drew of New Jersey and Collin Peterson of Minnesota, voted against both articles of impeachment. Both representatives argue that impeachment will further the divisiveness of U.S. politics, and are in favour of letting American voters choose. Van Drew is rumoured to be switching parties soon as a direct result of the impeachment inquiry.

Van Drew comes from a district won by Trump in 2016, one the freshman congressman captured in 2018 with just 53 per cent of the vote. Peterson represents a rural district that Trump won by 30 points – making it the most Trump-friendly district in the country that also elected a Democratic congressman. Perhaps, both representatives weighed these factors as an attempt to appeal to their voter base, both of which support the President.

Democrats who voted in favour of impeachment are also at risk of losing votes in their home districts, especially those who represent more conservative districts. With a combative election year coming up, concrete political ramifications will become evident in the months to come.

Charges: Abuse of Power and Obstruction

The charge of abuse of power comes from Trump’s alleged involvement in the Ukraine scandal, where he is accused of engaging in a quid pro quo with the Ukrainian president. This allegation follows a whistle-blower complaint filed in August that stated White House officials believed Trump abused his power for political gain.

The Trump administration is accused of halting the transfer of military aid to the country until Ukraine agreed to announce an investigation into former Vice President Joe Biden, a potential Democratic presidential opponent in the 2020 election.

Trump was additionally impeached on the basis of obstruction of justice in relation to the Ukraine investigation. The House reportedly found multiple instances where witnesses, some with direct knowledge of Trump’s actions, were blocked from speaking to investigators. The Trump administration also refused to produce a single document under subpoena.

Next Steps: The Senate

Now that the House has voted to impeach the President, the process will continue in the Senate, which has the final say in the inquiry. Conviction and subsequent removal from office requires a two-thirds majority vote following a trial in the Republican-controlled Senate, providing an uphill battle for Democrats. Both Andrew Johnson and Bill Clinton were acquitted in the Senate.

If all 47 Senate Democrats voted in favour of impeachment, they would additionally need the support of 20 Senate Republicans, a feat which is highly unlikely. There is currently no sign that any Republican senators are ready to vote to remove Trump from office. With an election now only months away, both Senate Republicans and Democrats will face tricky political calculations.

House leader Nancy Pelosi says she will not send the impeachment process to the Senate unless she is assured there will be a fair trial. Pelosi suggested she needed to know more about the Senate process for the trial before she would transmit the articles. The Senate can only begin the trial proceedings after they receive the articles, which is likely to happen in January. Perhaps, Pelosi is withholding the articles in order to leverage in negotiations on the terms of the trial, as Republicans have a vested interest in a quick-moving process.

Perhaps, Pelosi’s hesitation stems from Senator Lindsey Graham and Senate Majority Leader Mitch McConnell’s reluctance to act as fair jurors, despite their oath to do so. Graham previously stated he already made up his mind, and he was not going to “pretend to be a fair juror here.” McConnell cited collaborative efforts with the White House regarding impeachment proceedings.

How Will It End?

Despite facing looming acquittal, the Democrats argue impeachment was necessary to uphold the integrity of the Constitution and the United States’ free and fair elections.

In addition, regardless of the outcome in the Senate, the House impeachment vote leaves an indelible stain on President Trump’s presidential record, one that cannot be removed from public consciousness or history textbooks.

Image by the Office of Speaker Nancy Pelosi via Wikimedia Commons