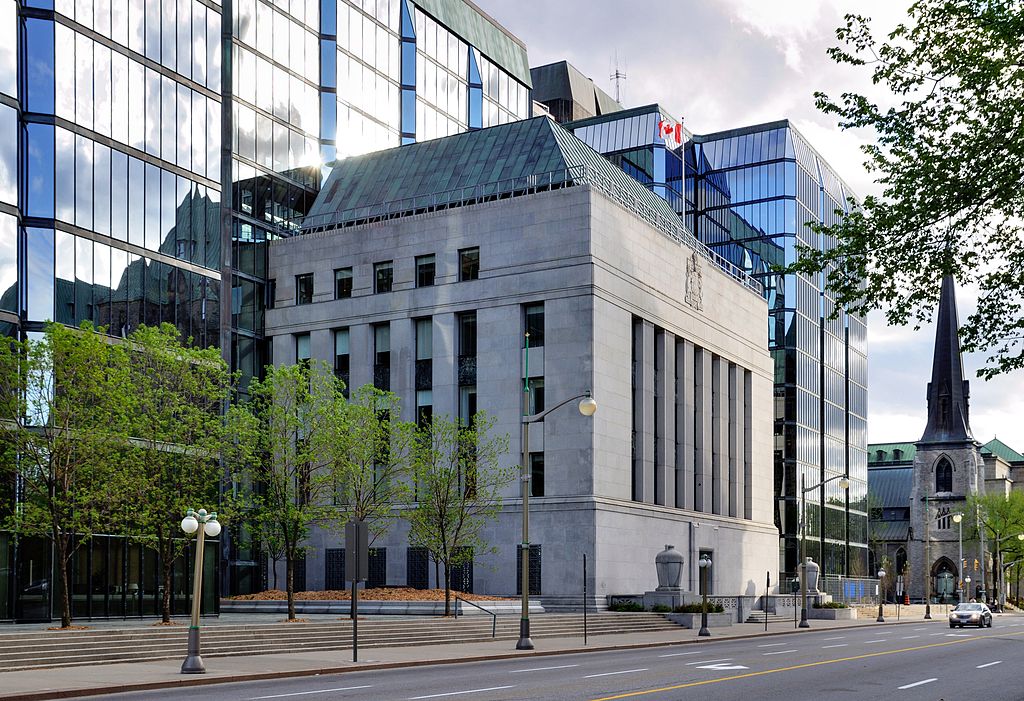 As 2020 rolls in many Canadians may be asking how they will fare over the next year. The last quarter of 2019 closed with strong growth in employment, a steady bank rate, and a positive business outlook. While 2020 is starting out well, systemic issues – such as an ageing workforce, expanding government spending, climate change – as well as political issues – such as Wexit and US-China trade tensions – may pose long term challenges to continued growth.

In December 2019, the Canadian economy added over 32,000 new jobs after an otherwise sluggish second half. The gains came from the goods-producing, construction, and service sectors with the bulk of the new jobs in Ontario followed by Quebec. While Quebec continues to sit with slightly higher employment than the Canadian average, Montreal’s unemployment is the same as Canada’s overall rate.

For the past 14 months, Canada’s overnight rate has held steady at 1.75 per cent, despite critics claiming it should be lowered alongside the US Federal Reserve rate. According to Bank of Canada deputy governor Timothy Lane, Canada’s inflation rate is on target and 2020 should see more growth than 2019. The move to maintain the interest rate and the stress test introduced last year aims to prevent Canadian household debt from growing too fast. Despite this, the housing market is expected to grow at a faster rate in 2020, which may further overall economic growth.

As regulators try to keep Canadians from taking on too much debt, the increasing prices anticipated in the coming years are likely to attenuate the current housing crisis in cities like Vancouver, Toronto and Montreal. From 2013 to 2018, houses in many Vancouver boroughs increased by 75 per cent, resulting in a vacancy tax created by the city council in 2017. Since then, the provincial government has also created taxes on foreign homeownership and increased school taxes for properties worth more than $4 million. In 2019, housing prices dropped 11 per cent showing a small return to normalcy.

For students, long term concerns about the changing nature of the labour market may be more important. In December, Statistics Canada released a report showing an increase in gig work over the past decade.

The Brookfield Institute’s Signs of the Times project is also documenting changes in the Canadian economy noting issues like technological change, an ageing workforce, resource scarcity, and reconciliation with Indigenous peoples as key factors that will shape the next decade.

In particular, Canada’s ageing population and retiring workers in the health sector are likely to drive demand for new health care professionals. Technologically advanced sectors, which tend to be growing, have younger workforces. By contrast, jobs that are more likely to become automated are more likely to employ older workers making the net effect of automation on long-term unemployment is uncertain.

As home to the world’s third-largest proven oil reserves, a new dimension is added to the effect of climate change on Canada’s economy. While climate change creates challenges with regards to weather patterns and investment preferences, moves to reduce carbon emissions at home and abroad place new constraints on growth room in the energy sector.

Beyond the energy sector, 19 per cent of Canadian greenhouse gas emissions come directly from consumption which creates concerns as sectors like retail, food services, and goods production (e.g. manufacturing) reported growth in December 2019. Overall, while climate change presents a serious long term threat to society, addressing it may require a complete reorientation of the economy.

Although trade tensions between two of Canada’s largest trading partners, the United States and China, have eased, some experts raise concerns that trade diversion could harm Canadian business. Depending on how US-China negotiations go, China may open its economy to more American goods but not give the same treatment to other trading partners. This could lead to declining agricultural exports from Canada to China. The IMF has also lowered its projected growth forecast for 2020 on the basis that many developing markets are plateauing. This is significant for Canada as our highly integrated economy is highly dependent on foreign consumers.

According to the Bank of Canada’s Winter 2019-2020 business outlook, business confidence is higher than it was a year ago. In particular, companies are more confident in maintaining their sales abroad as trade tensions settle. The primary area dragging expectations is the low performance of Canada’s energy sector. This corresponds to high December 2019 unemployment rates in the oil-revenue dependent Western provinces.

Despite growth this year, the Trudeau government has kept government spending high. In particular, Canada has struggled since 2008 to balance interest rates as consumer debt has grown while the energy sector remains sluggish. This trend to high government spending may reflect the need for more sustained growth before starting to build savings or pay down government debt.

The OECD and World Economic League Table both report a stronger economy as 2019 closes than in 2018. In the mid-2010s Canada’s economy fell out of the top 10 economies by size. In 2016, Canada’s labour participation rate was at an all-time low. By 2019 Canada reclaimed its spot as the tenth-largest economy and is expected to show strong growth in the next decade.