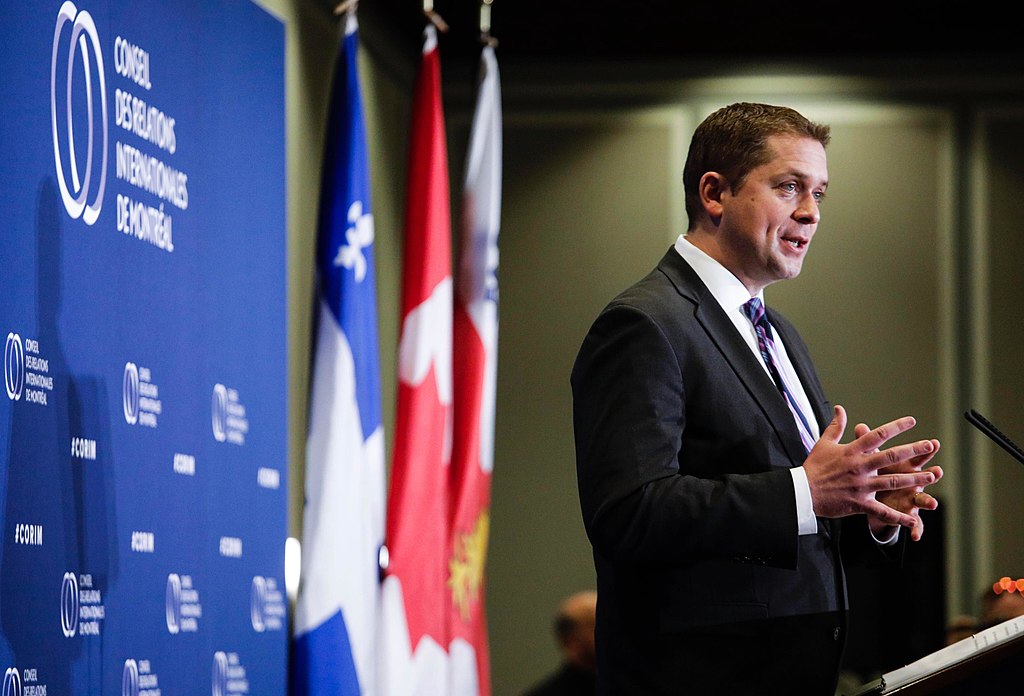 Following October’s disappointing result for the federal Conservatives, calls for party leader Andrew Scheer’s resignation by both Tories and non-Tories alike made rounds. Many critics, who claim that Trudeau’s compromised position heading into the election should have resulted in a win for the Conservatives, were heavily pushing for Mr. Scheer’s resignation. Throughout the campaign, Scheer had been criticized for his stance on same-sex marriage and other social issues, as well as for his use of party funds towards his children’s private schooling.

On December 12th, Scheer stepped down as party leader, citing the increased pressures the role was placing on his family. Scheer’s resignation started a race to see who would replace him as party leader. As a party leader typically sets the tone of a party, the Conservatives will not just be choosing a new leader, but will also be determining the direction in which the party will move towards for the next election.

Perhaps as a result of the previous leadership race having a wide array of contenders, the Tories have tightened the rules necessary to participate in the leadership race. Candidates now have until March 25th – just over two months from the beginning of the race – to raise $300,000 and gather the 3,000 signatures that are needed for a bid. The high bar for entry will surely result in a narrower field of candidates than the 2017 leadership race, which saw 14 candidates campaign for the party leadership role.

The non-refundable entrance fee of $200,000 is higher than any other Canadian party leadership contest in history. The tightened entry rules are a result of the Conservative membership base favouring a quick, efficient, and transparent race to replace Scheer.

Under the current Liberal minority government, an election could be called at any moment. Thus, the Conservative Party is looking to (quickly) find a new, top-tier leader with a reasonable chance to defeat Trudeau in the next election. The Conservatives will elect their next leader on June 27th at their convention in Toronto.

A Primer on the Candidates

The commencement of the leadership race on January 13th immediately sparked speculation about who would enter, and what unifying leadership characteristics would be needed to push the Conservative Party to victory.

Also in the race is Erin O’Toole, who announced his formal leadership bid on January 25th. O’Toole finished third in the 2017 race behind Andrew Scheer and Maxime Bernier, both of which are not running again.

Former Interim Leader Rona Ambrose, though officially not entering the leadership race, was considering her options. If Ambrose had entered the race, she would have immediately become the frontrunner, pushing MacKay to the second spot. Ambrose said she struggled with the decision, but ultimately decided to stay in the private sector.

Prior to her announcement, a Leger survey showed Ambrose as the favourite among respondents to lead the party, followed closely by Stephen Harper. Additionally, an Angus Reid Institute poll placed Ambrose comfortably ahead of other potential contenders among both core and possible Conservative voters. Some Conservatives saw a female leader from Western Canada as best positioned to go against Trudeau in the next election.

Finally, Pierre Poilievre, who was once an undeclared but potential contender, is well-known for his combative style of politics, both in his role as the Conservative Party’s Finance Critic and as a Member of Parliament since 2004. Poilievre was expected to announce his bid later this month, until he surprisedly announced on Thursday that he was not running. Poilievre was seen as a close competitor to MacKay.

Overall, whoever is successful in winning the party leadership must be conscious of the fact that their supporters will comprise members of a divided country with many conflicting interests.

The Direction of the Party

When electing their next party leader, Conservatives must also take into account the policy direction of the party. Some argue that in order for the Tories to be successful next election, the new leader must appeal more broadly to undecided voters, rather than doubling-down on appeals to their base in the West. An op-ed by two long-time Conservative strategists argues that, in order for the party to succeed, it must adopt a “more contemporary conservatism that resonates more broadly across the country.”

Importantly, many social conservatives disagree, arguing that the party takes their votes for granted without offering any action on issues that matter to them. These social conservatives, who many say tipped the scales toward the success of Scheer’s 2017 leadership campaign, argue that abandoning them in favour of fiscally conservative/socially liberal voters is dubious.

With this in mind, party members will be left to decide if the CPC should double-down on social conservatism, or modernize on social issues in an attempt to attract a larger, more urban, diverse base of voters.